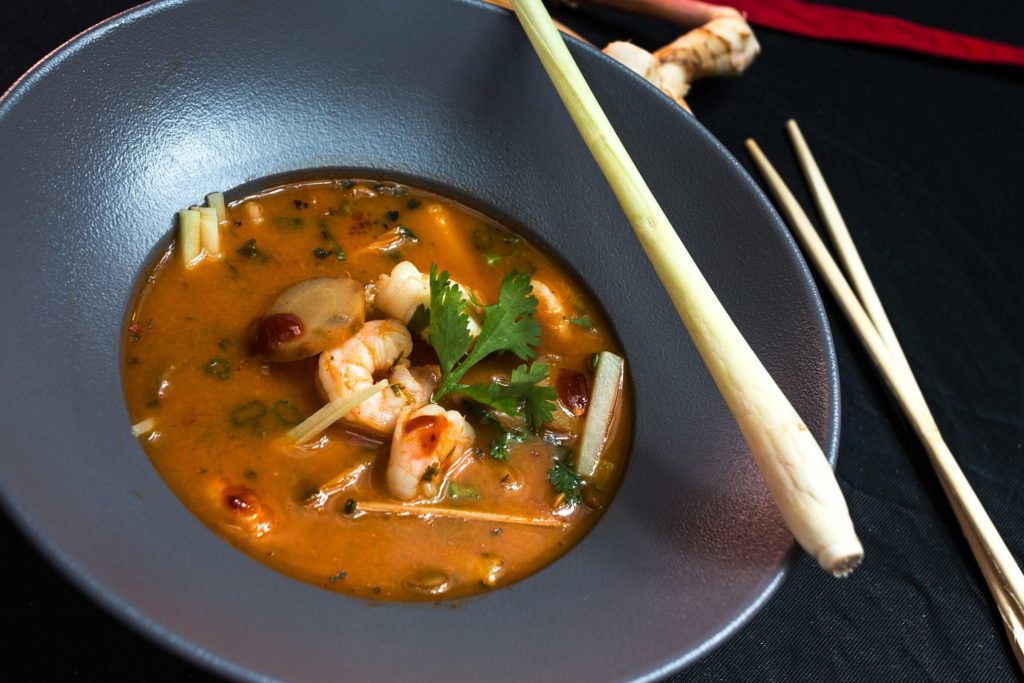 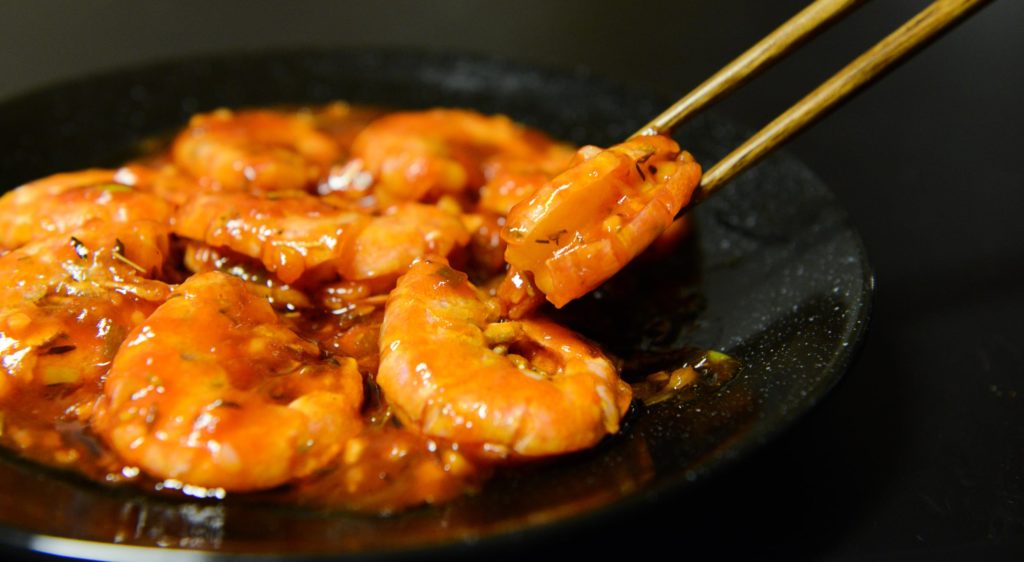 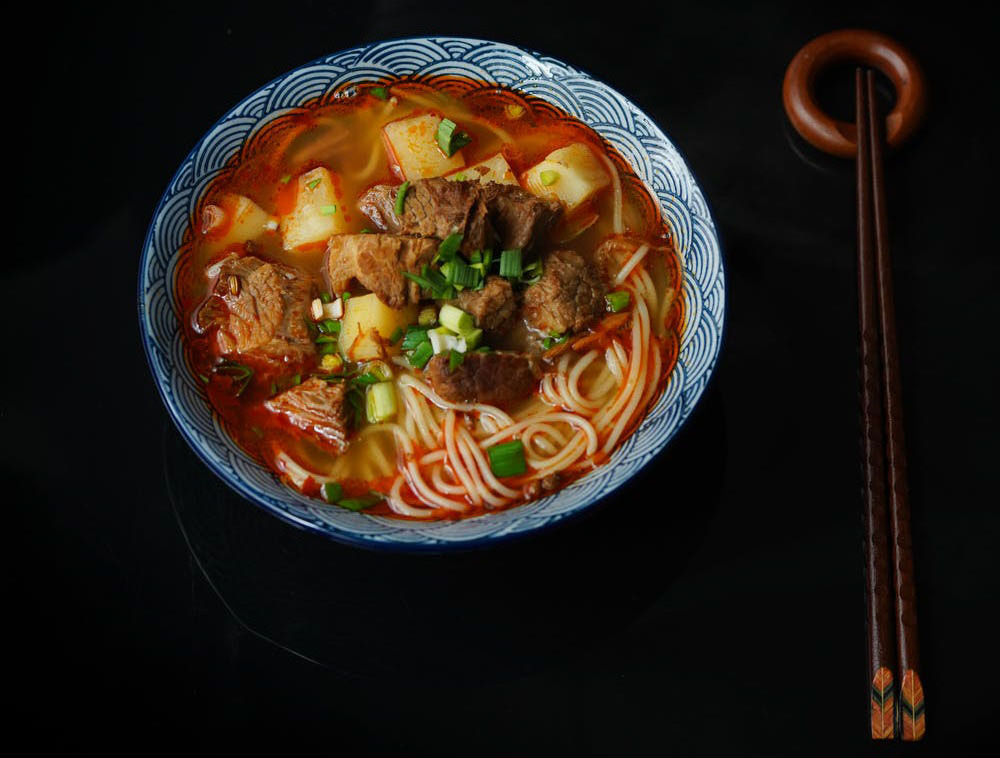 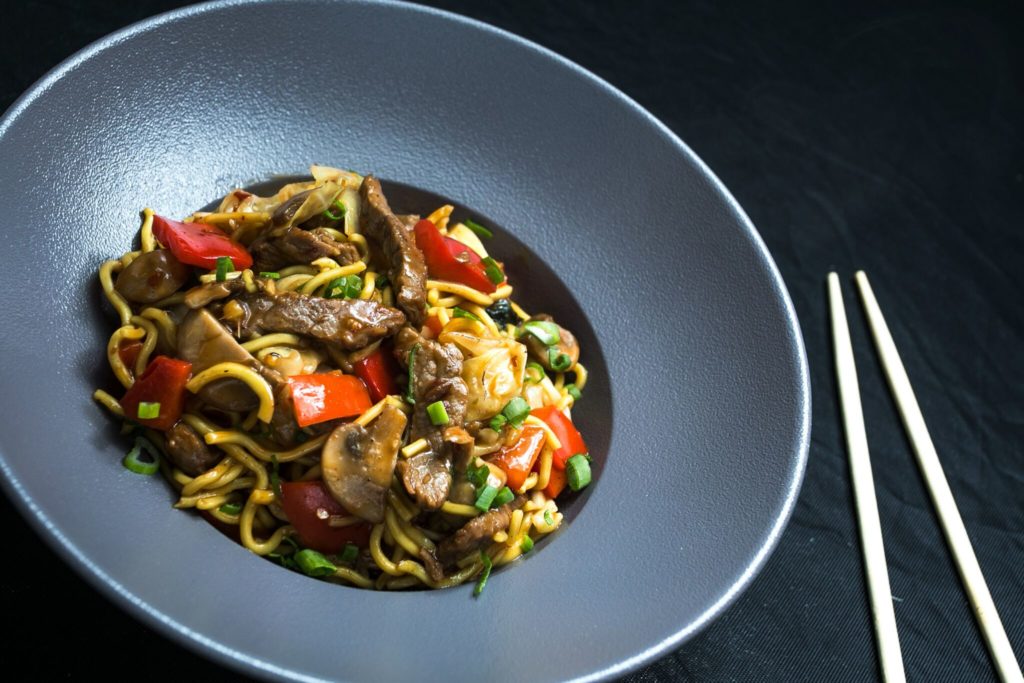 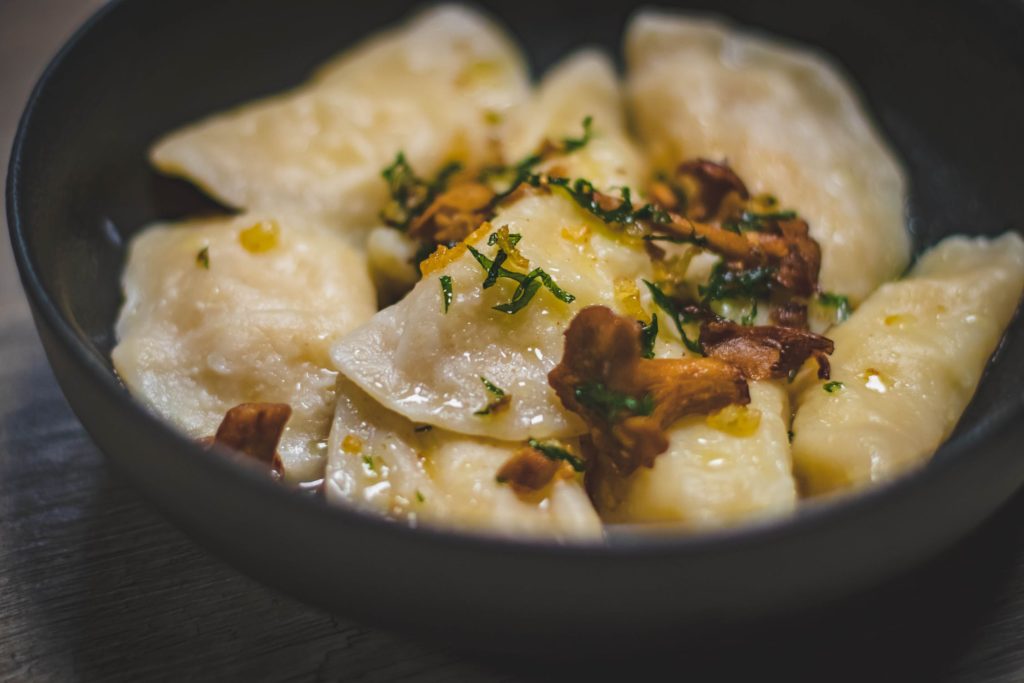 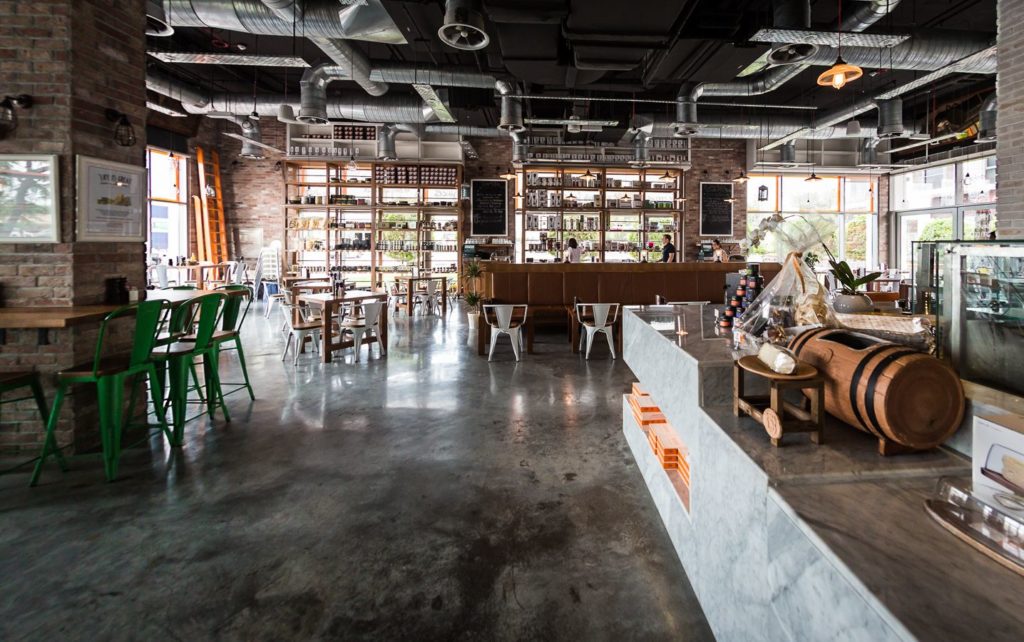 What started out as a location hunting exercise led to the most enriching experience of developing a high-end gourmet café, building it through all parameters, running the business and going on to win awards too.

An enviable location in a brand-new development with a large corner frontage & outdoor seating set the stage for a highly distinguished concept creation.

Thinking & working on the concept idea delved our brains into making it a high-end gourmet, all-day dining café with great comfort food from across the globe and organic teas, coffees and healthy blends to add to the offering.

Designing the space as an open kitchen format with a large indoor & outdoor dining area, having loads of sun shine through the outlet’s floor to ceiling glass façade turned out to be one of the most exciting planning exercises undertaken. 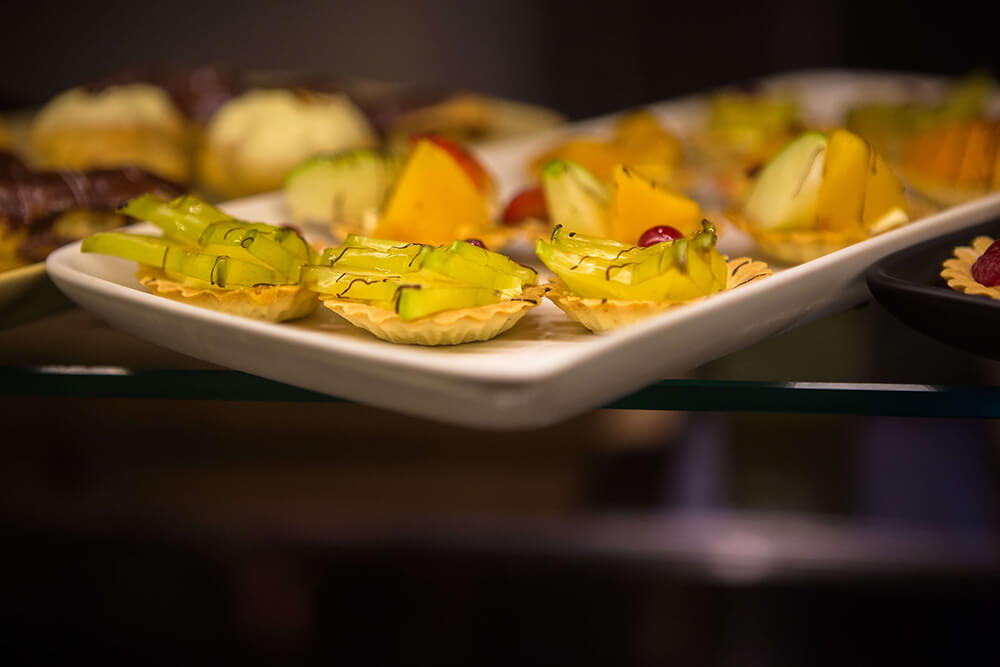 The macro to micro exercise was easier said than done. This involved a lot of thinking & planning and re-thinking & re-planning multiple times over till the best desired outcomes were developed.

Brand naming kicked off the entire vision for the concept leading to a superb menu development exercise coupled with a highly energetic & interesting space design for the outlet.

Developing the right team with skill sets & personality matches was the next big task. This was accomplished via careful selection of members based more on their personality & attitude attributes with a great deal of training provided to hone their skills to exude a higher level of vibe & confidence suiting the concept attitude & panache.

Many days, weeks & a few months later, the outlet was raring to go. Alongside the build, menu development & trials, team training, supplier’s selection and creation of standard operating procedures, a carefully thought out marketing program was also put into place.

The concept was soft-launched and followed through with a mega launch two months later thus giving birth & establishing the newest & finest gourmet café in town. 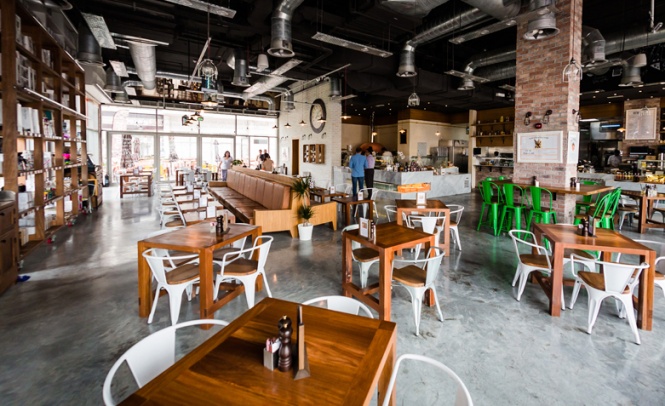 As if building the concept, the menu, the team and conducting all pre-opening trials weren’t enough, the worst and the best was yet to come, exactly in the same order.

We opened doors one fine evening, guests came strolling in immediately thereon, orders started to flow, the kitchen began to hustle, the servers started handling their sections and so the evening went well.

What ensued over the next couple of weeks was completely the unexpected: guests poured & poured & poured and we could not cope & cope & cope. We had trained hard, prepared ourselves for all the hard work but we couldn’t match up. Such was the opening euphoria.

Re-drawing the entire work-flow, menu re-orientation, team re-training was immediately put on the front lines with the utmost emphasis given to team morale and customer experience.

Day by day, shift by shift, member by member, dish by dish, we tolled yet again, perfecting each element again and again, to the degree where it began to feel like clock-work and a well-oiled team-managed machine.

Whilst we never closed during the re-orientation phase, we were conscious that we needed to send out a new message to all our customers who supported us during the difficult period and to thank our supplier partners along-with letting the town know that we were ready, yet-again.

A carefully planned out formal launch party was executed to great success, showcasing the venue, its cuisine, the awesome team and the panache that the concept had created.

Days, weeks, months and many happy customers later, the venue was nominated amongst the best in the category and went onto win a prestigious award.

The next couple of months saw a few more award categories flowing the venue’s way: We knew now that the concept was a huge success !! 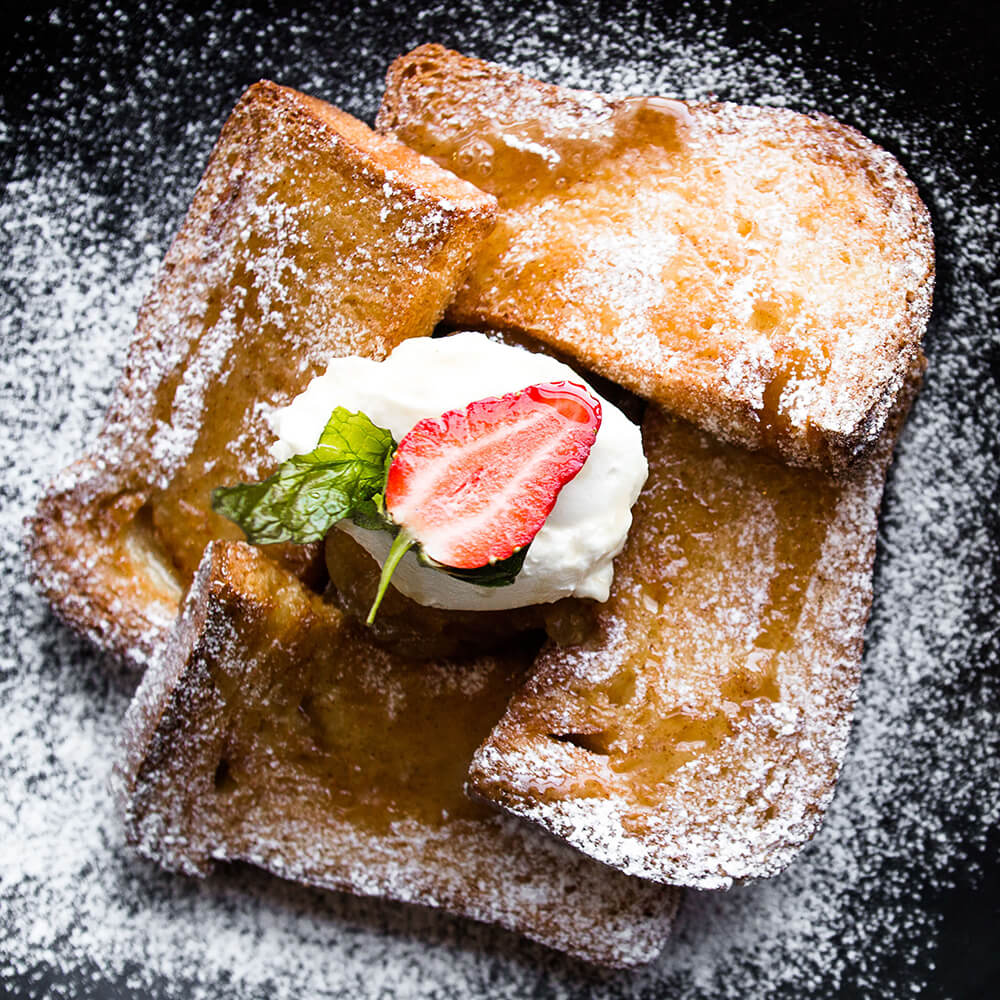 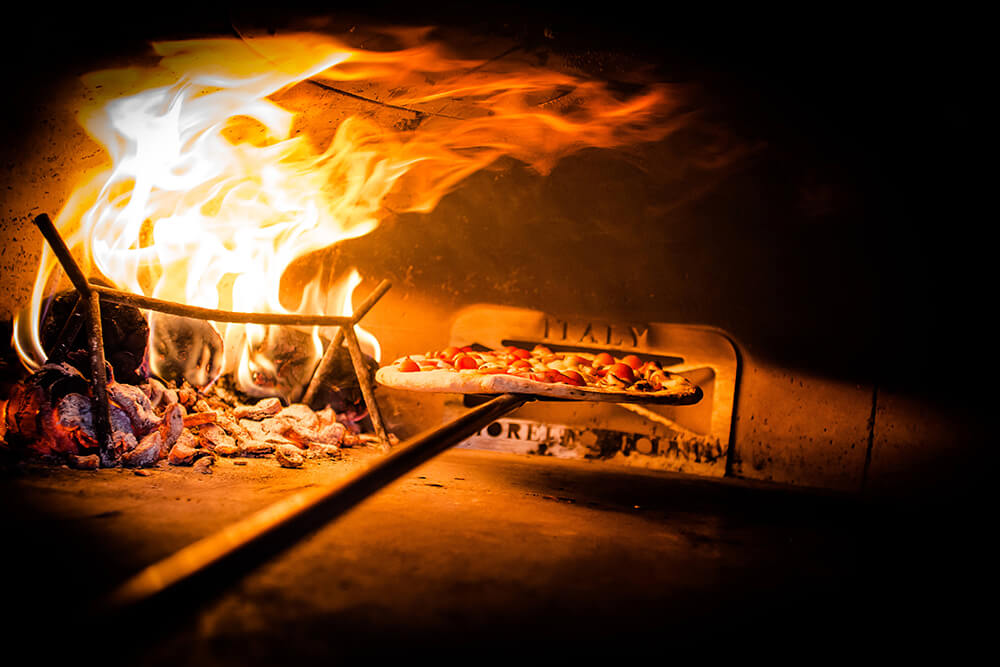 Nominated for Restaurant Team of the Year by Caterer Awards Dubai 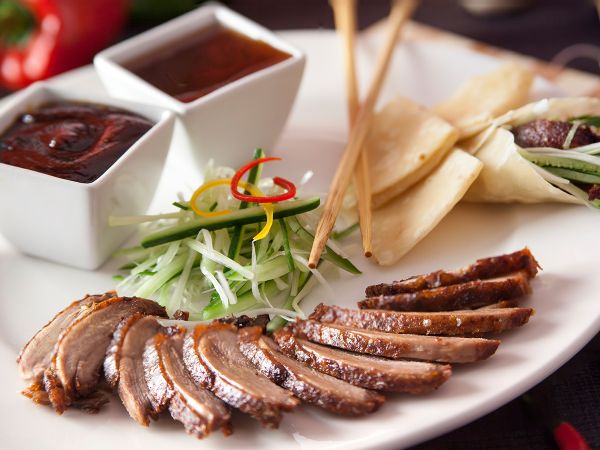 The approach for this project was reversed in many ways.

Being an already established concept, the key task to begin with was mapping current operational capabilities & efficiencies and establishing a roadmap for improvements coupled with expansion.

It became clear quite early and critical too, to work upon team morale, service training, etiquettes, personality development & togetherness to get everyone working together & stronger with enhanced efficiencies.

Alongside setting in place operational procedures, a second outlet for the brand was soft-opened and started serving customers in a new community. 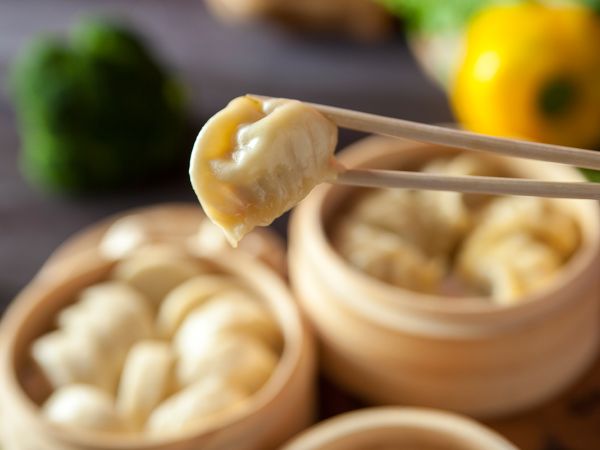 Next came the fun part of exploring locations, selecting them, working on design elements, cuisine enhancements and building a diverse-nationality based team to expand the brand further.

Two new outlets were opened within one year taking the tally to a total of four operating venues across town, serving different & diverse demographics and communities.

The initial work done in the critical phase came in very handy for a smooth roll-out of the new outlets, cuisine extensions, team recruitment, training & deployment, SOP’s and marketing campaigns.

The brand now had more to offer to a wider audience and exciting days lay ahead. 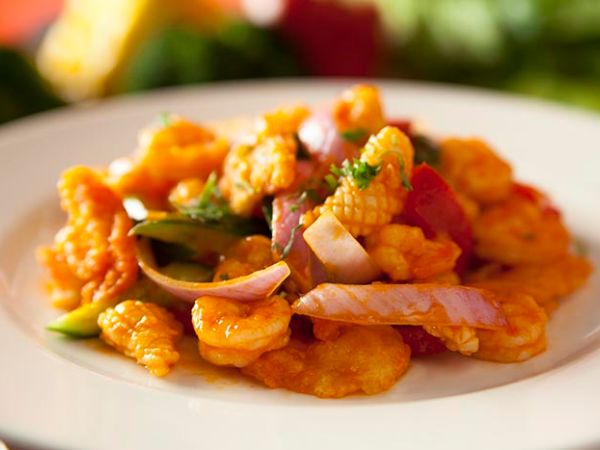 The routine of operations management took steam across all the outlets and their team members.

Over the next one year, the brand and each outlet performed superbly, grew their revenues, turned the brand from a single outlet to a multi-unit operation, serving happy customers with its unique value-based cuisine format. 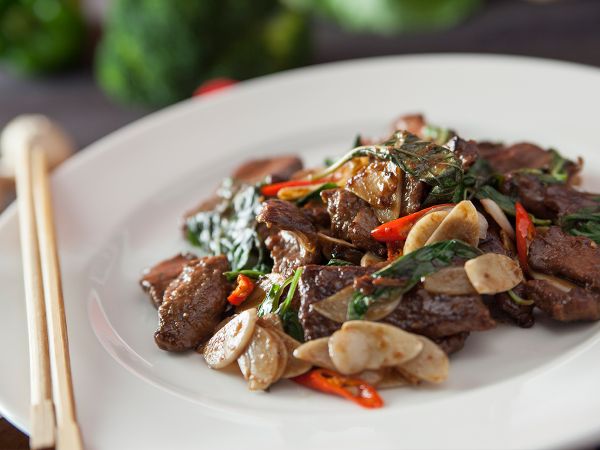 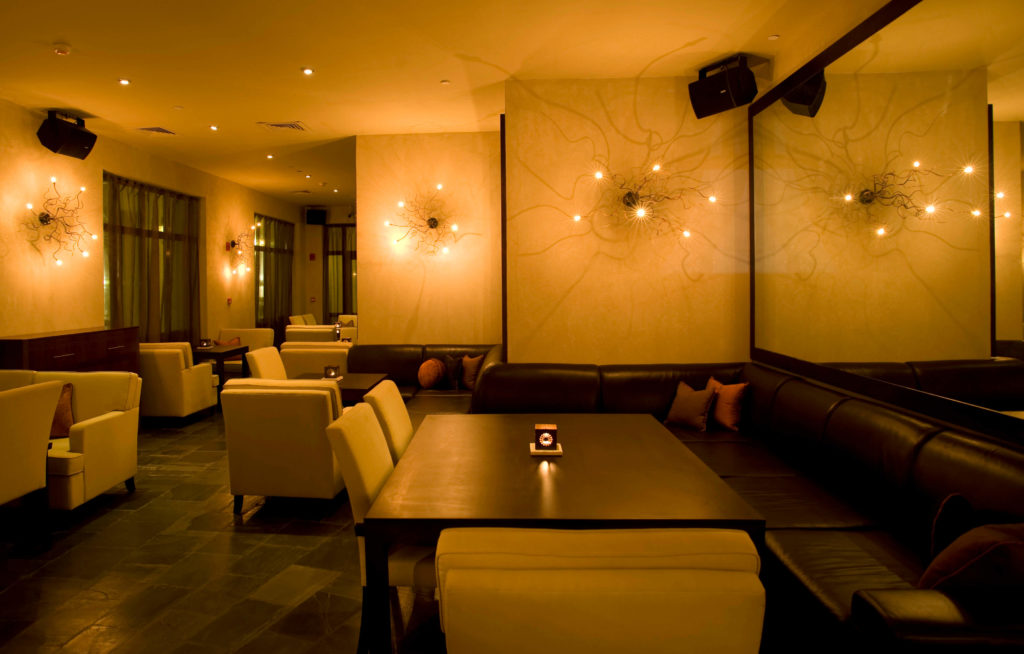 The venue had already soft-opened at the time of our association and had many gaps in terms of proper management, SOP’s, team training, cuisine orientation, team skills & personality and overall revenues.

It does become difficult & challenging taking on operating outlets and working through them to make continuous, day by day improvisations but it’s also a very interesting task to do.

We did just that and much more. 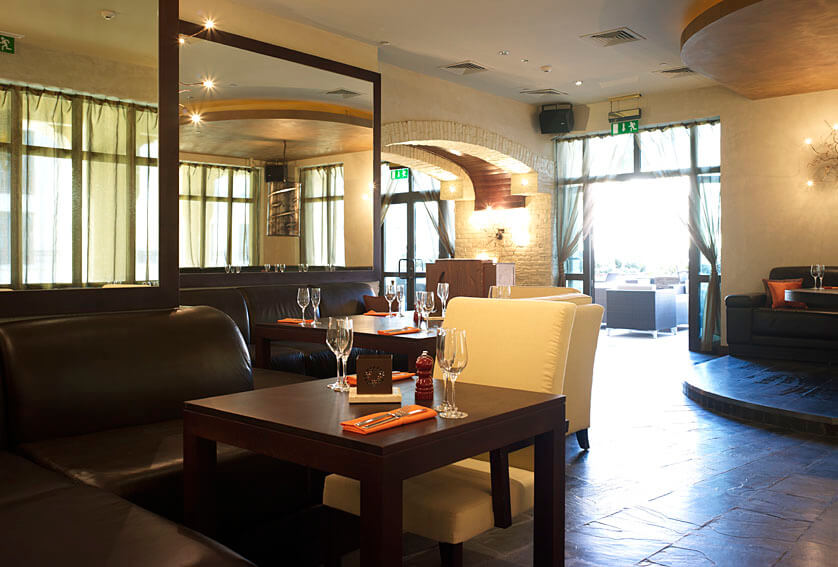 It is extremely important to stay the course and we had to do just that with the tasks created & implemented in the critical phase of the project.

Streamlining all SOP’s, monitoring training progress, conducting regular & daily reviews of all operational aspects, measuring success of all marketing initiatives, focusing on each customer’s experience & engagement parameters and above all ensuring high levels of commitment & motivation for all team members became the hall-marks for this phase.

With the critical & important tasks out of the way and implemented, it actually turned out to be a whole load of fun just running the outlet.

It was interesting to be able to interact with customers, plan team gatherings, conduct exclusive parties knowing fully well that all team members were managing their sections so well and all SOP’s were on a run-as-you-go model.

The venue became the most visited & busiest one in the community with revenues soaring to great highs. It was indeed a great project run. 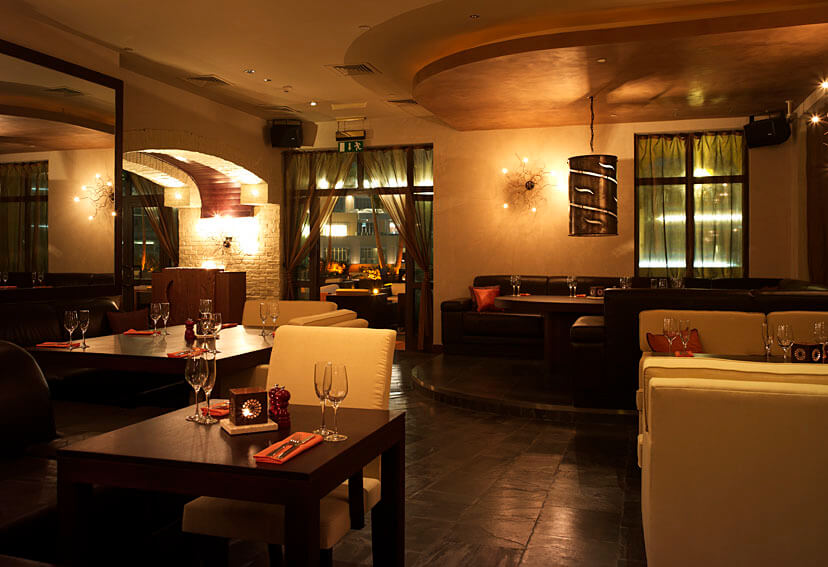 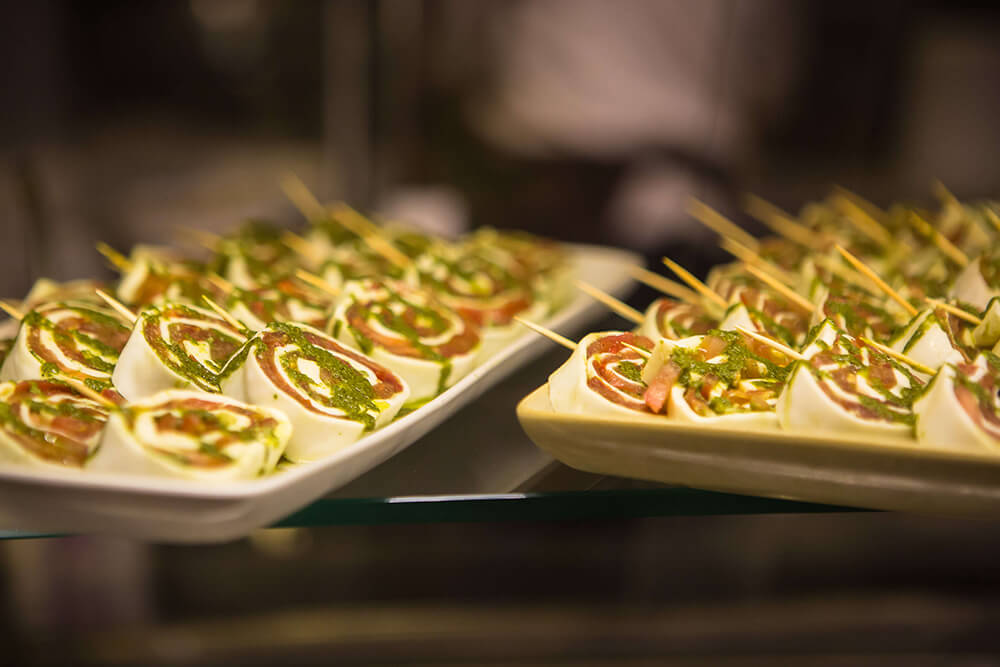 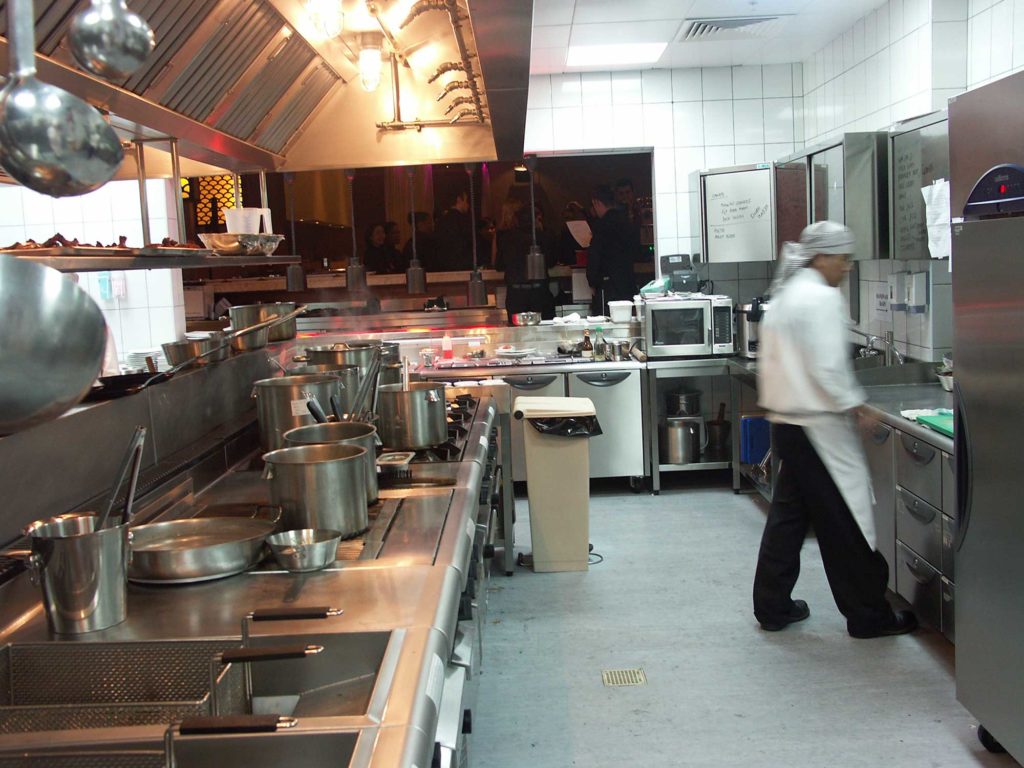 It was the first professional experience in an international environment in Dubai and learning the ropes of working with a cross section of different nationalities as team members as also customers.

One had to quickly adopt & adapt in doing the following within a very short time-frame :

Launch of a contemporary Sushi & Teppanyaki concept restaurant establishing a cuisine frontier with its menu. 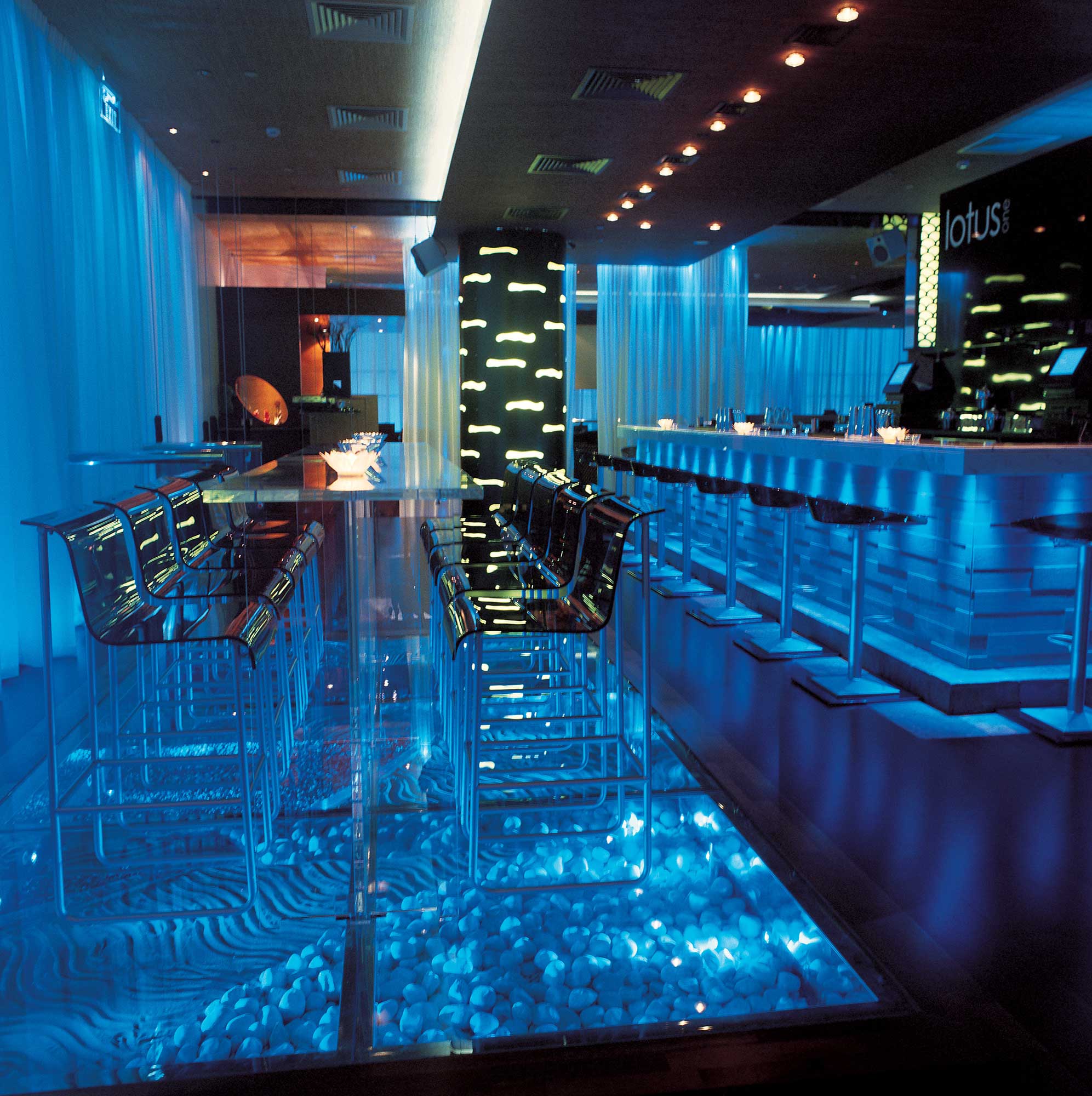 With the launch of different venues, styles, concepts & managing diverse teams, it was extremely important to stay involved in day-to-day operations.

Getting your hands dirty is the best way to lead and there was no other way it could be done.

With such commitment & focus, the overall operations across all venues were managed with a clear direction on the following:

This phase was not only very exhausting but enriching as well, thus leading to great performance, high revenues & supreme reputation for all concepts & brands being established in the market-place. 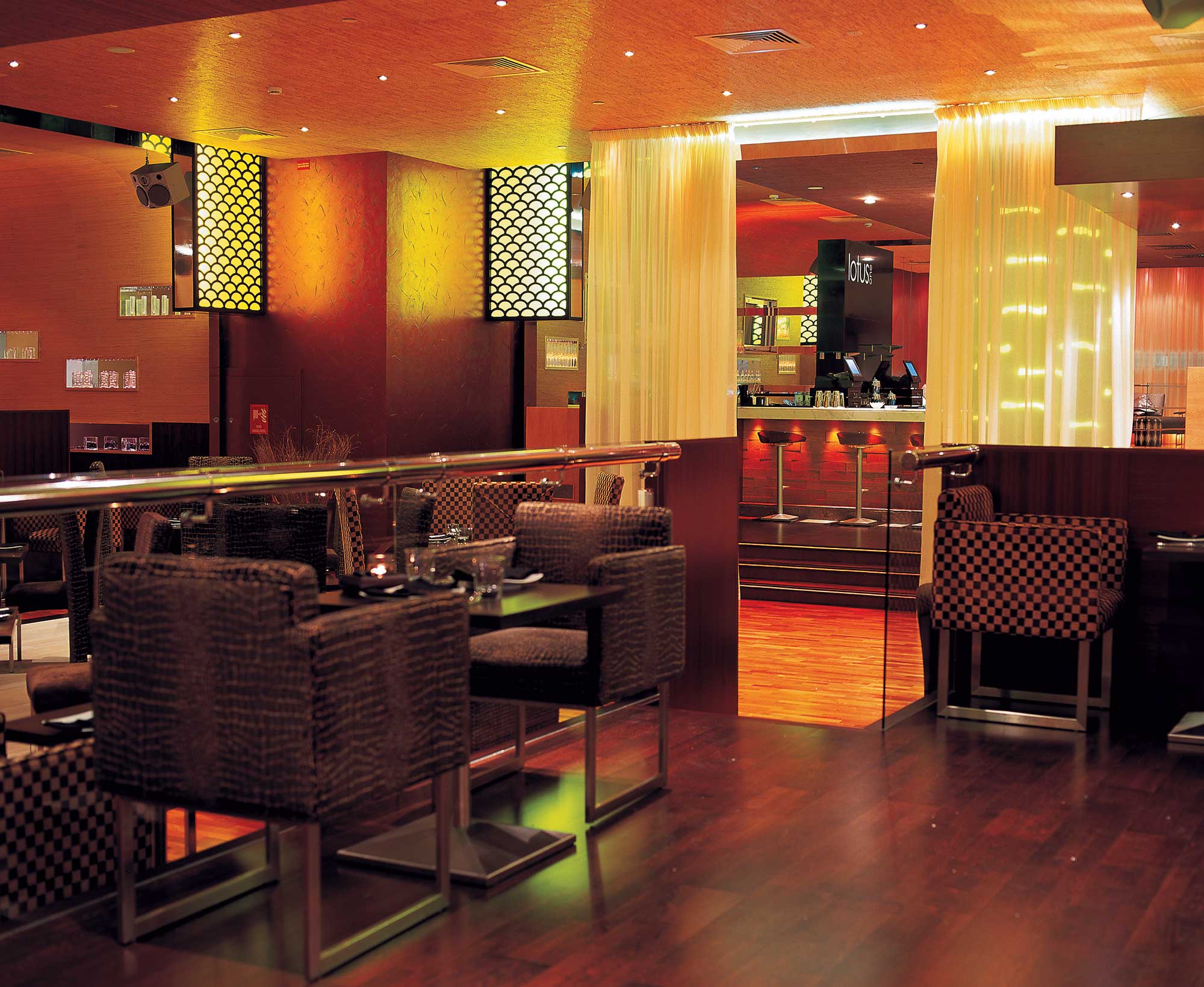 Routine is not considered fun, but after what was such a roller-coaster ride,
regular operations actually did seem like a lot of fun.

The teams were trained and set into their mode of operations, audits were aligned, marketing campaigns being implemented well, customer experiences on the rise, revenues increasing & inching higher, it was a fun ride, to be enjoyed. 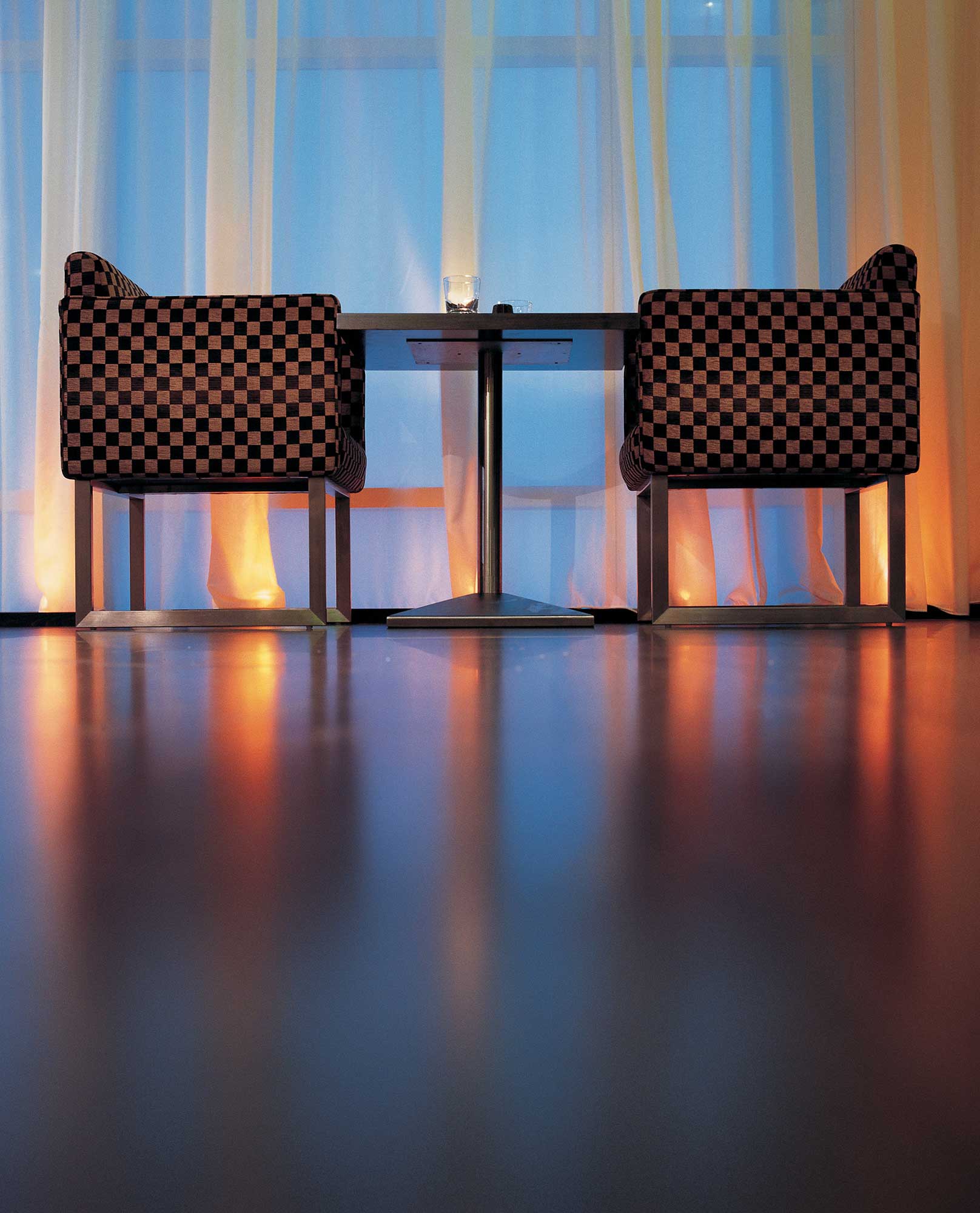 Real-time insights, right to your inbox